All Posts
Be the change you want to see- Mahatma Gandhi
Many are the times that we sit and complain about the rot we see in society. How often do we reflect on the good  that exists? I spoke to Scott Herbert who is passionate  about fighting corruption. He is the Founder of the International Youth Network Against Corruption. This is what he had to say. What do you have to say?                      DESCRIBE YOURSELF
My name is Scott Herbert. I value honesty because I know corruption affects the youth as it is planted in them from a tender age. I also value discipline, humility, hard and smart work. I am passionate about creating change in society by speaking for those who can’t. 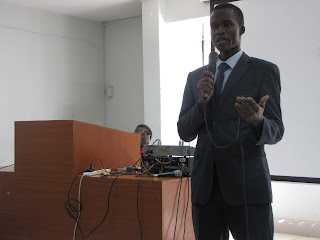 TELL US ABOUT YOUR ORGANIZATION
It started in December 2014 when I was struggling to find a job. I was told to pay in order to get one yet I had a BSc in Mathematics. The cases of corruption reported during police recruitment also discouraged me. I did not want anyone to underestimate me because I believed in myself. I realised that many people want to fight corruption  hence I met up with lawyers. We started a campaign called #StopCorruptionNow on twitter. We ended up creating a network of young people. We also pitched the idea to Transparency International. We created a buzz around the idea and the Kenya Youth Network Against Corruption was born. Some lawyers were willing to offer pro bono services. Nelson Oduma, who who had been in the police force since 2007 also joined us. 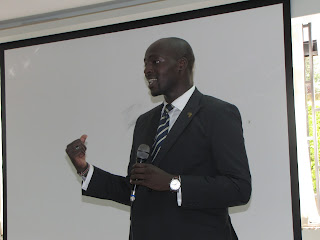 In August 2015, Nelson and I used the power of technology to form the International Youth Network Against Corruption. Young people between the ages of 19-25 wanted to be part of the platform. They use signals such us photos, text messages emails etc to send signals about corruption incidents. The cases are then taken to court for prosecution. However, litigation is slow. 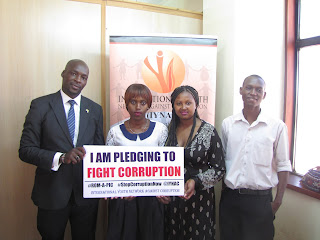 HOW DO YOU DEAL WITH CORRUPTION IN THE RURAL AREAS? (According to the East African Institute, 62% of youth are willing to participate in electoral bribery. 40% would vote for those who bribe them)
Most people believe that opportunities lie in major cities. They face harsh economic times. We have Mashinani Ambassadors who find people in rural areas to fight corruption. They then create a network of people. Our milestone was when we stopped the corruption that was happening in Kisumu County. County Development Funds were being stolen. Due to the noise we made, policies were formed to stop the vice.

HOW DO YOU REACH OUT TO PEOPLE?
Places in which cases are of corruption have been reported are mapped out. We then organize a forum for civil education. We have also had the support of media houses such as Ebru Television in which Nelson Oduma was interviewed about our activities. We have also been interviewed on K24. (see the interview here)
https://youtu.be/fkwMaytrpS8 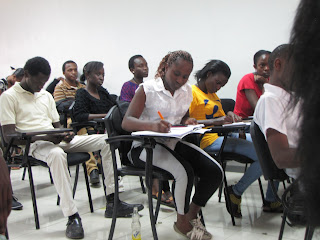 SOCIETY PRAISES THE CORRUPT, HOW DO YOU STOP THIS TREND?

Through social media, we have used #YouthTalkOnCorruption and #ChangeMentality2016 to dissolve the culture of uplifting the bad. We have also gone to schools to talk to students so as to raise a new breed of leaders. We have visited Kenyatta University, University of Nairobi and other colleges. Mentorship and instilling values is a priority for us. 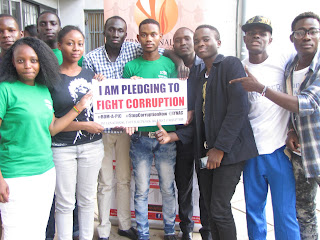 WHAT ARE YOUR ACHIEVEMENTS?
1) We have mentored many people. Our vision is to mentor one million people by the year 2030. So far we have mentored 800.
2) Our essay competition that ended in June 2016 enabled us to allow young people to share their ideas on how they would end corruption.
3)Empowering individuals who volunteer for us is fulfilling. We give them a small stipend or assisting us.

50% OF YOUNG PEOPLE WANT TO FIGHT CORRUPTION, HOW HAVE YOU ENGAGED WITH THEM?

The social media campaigns have allowed them to raise their voices. We have also highlighted real life stories about people who have succeeded without corrupt ways. We urge them to be responsible, to change their mentality and to avoid making the  mistakes made by others.
Stickers to be placed in vehicles will be introduced soon. They will showcase various messages about honesty. Transparency International is also offering free legal services to anyone who may need them.

DO YOU BELIEVE CORRUPTION WILL BE ERADICATED?
If we shift our priorities, the good will eventually win.

HAVE YOU PARTNERED WITH OTHER STAKEHOLDERS?
We have partnered with Transparency International, Haki Mashinani and Professor Patrick Lumumba who is using the Association of Citizens Against Corruption to engage with the older generation. Soon, we will be pattering with Kituo Cha Sheria and Uwajibikaji Pamoja.

KENYA IS RANKED THE 3RD MOST CORRUPT COUNTRY, WHAT DOES THIS DO TO OUR IMAGE?
It makes it difficult for the economy to grow. Some people have even accepted the status quo. Transparency International was pushing for a Whistle blowers Act but they were frustrated by Parliament. The world does not take such behavior kindly. Our economy can thrive further.

HAS DEVOLUTION INCREASED CORRUPTION?
Change always has challenges. Corruption has increased to the huge sums of money required for the process. However, if we choose the right leaders, it will definitely work.

WHAT IS YOUR PARTING SHOT?
Let nobody take your future. Be responsible for your nation!

How it went down 🙈🙌#NyerereFellowship ...

We cannot let the momentum of the #TransformingEducation Summit go to waste.

On #EducationDay let’s recommit to investing in the generation that will build the future we want!

#Repost @unescoyouthkenya with @use.repost
・・・
Unesco Youth Forum Kenya 🇰🇪 in collaboration with YouLead Africa tends to celebrate International Day of Education in unique way by bringing best speakers to share experience in the field of education and explain more on this year theme.

I was freaking out 😱🫣😂 #NyerereFellowship ...

As we celebrate #EducationDay, please tune in for my chat with @Cynthia_Oprah about the importance of investing in education to build stronger economies and more stable societies.

#RaiseYourHand to build a future that all children deserve

Nothing to add to that.